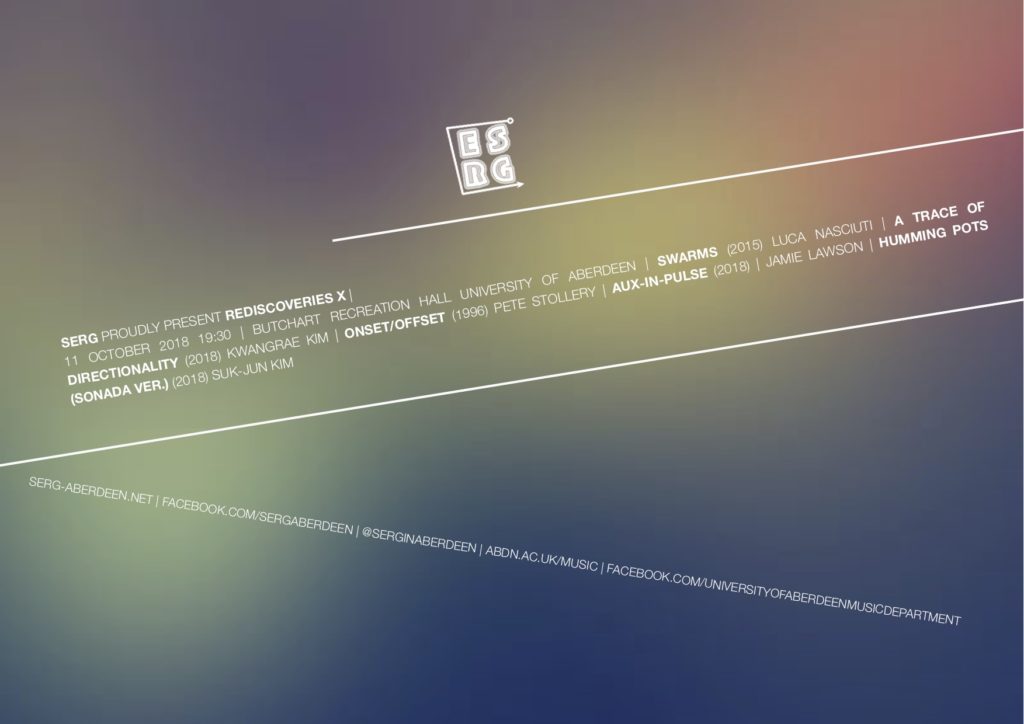 REDISCOVERIES is a new series of perfomances of electroacoustic music and sound art events, presented by SERG from the department of Music, University of Aberdeen. A new iteration of the Discoveries series which dates back to the early 1990s, the series will allow audiences to (re)discover works by the staff and students at the University as well as emerging and established electroacoustic composers in the UK and around the world.

Now celebrating its tenth iteration, REDISCOVERIES X showcases compositions by SERG members whose works tend to revolve around the (mis-)conceptions of space, place, body, voice, and entitles and their behaviours out of their survival and existence in the world. In this concert, you will explore the world of sounds with these compositions as they reflect on noise pollution and urban planning in conflict with the world given (SWAMRS), follow the trace of all things moving and surrounding (A TRACE OF DIRECTIONALITY), stop and ponder the “meaning” of sound objects and their spectromorphologies (ONSET/OFFSET), observe the banal behaviours of a machinic system (AUX-IN-PULSE), or listen to hums that keep on humming (HUMMING POTS (SONADA VER.). All in all, these compositions are as much artistic endeavours as existential flashbacks as we live in this world.